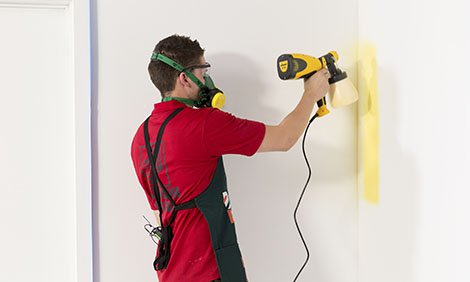 To avoid double coating the same area, use horizontal strokes to spray the area adjacent to the corner. Spray each side of the corner separately. A vertical pattern is often used.

To spray the outside of a corner, a straight-on method can be used. The adjoining surfaces are then banded.

When spraying a level or horizontal surface, always start on the near side of the part and work to the far side of the part: this technique allows the overspray to fall on the uncoated work. Some gun tilt will be necessary.

Small cylinder shapes, like furniture legs, are best sprayed with a narrow spray pattern, using three vertical strokes. A vertical pattern and stroke can be used, but the gun movement must be quicker to prevent sags and runs. 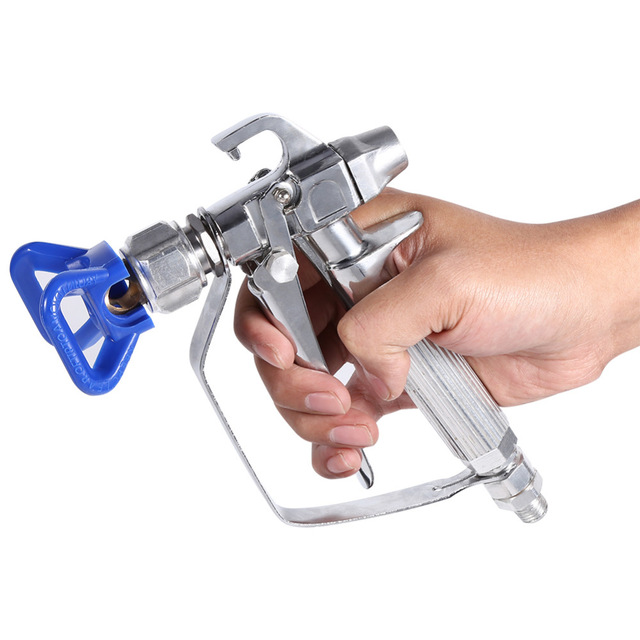 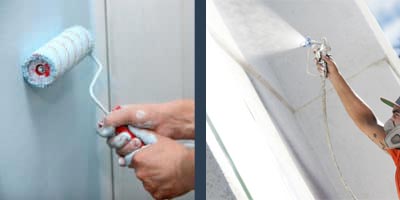 Airless sprayers provide an easy and economical way to apply coatings. Professional contractors prefer to use airless sprayers for several reasons, the most popular being:

• Quality—airless sprayers produce an even coat of paint on all types of surfaces, leaving a consistent and high quality finish.

• Versatility—airless sprayers can be used for a wide range of coating materials, including interior and exterior jobs, and can easily be transported from job site to job site.

Research conducted by the Painting and Decorating Contractors of America (PDCA), an association of painting contractors and related industry professionals, indicates that airless spraying can save painters between 50% and 75% of their painting time. Airless spray is:

Using a brush or roller application might seem cost-effect ive in the short-term,but in the long-run labor can cost at least twice as much!

It is important to consider how much faster spraying is compared to other methods. Equally important to your customer is how spraying gives a consistent quality finish, even over rough surfaces.

Airless spraying allows you to: 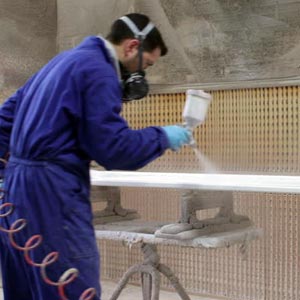